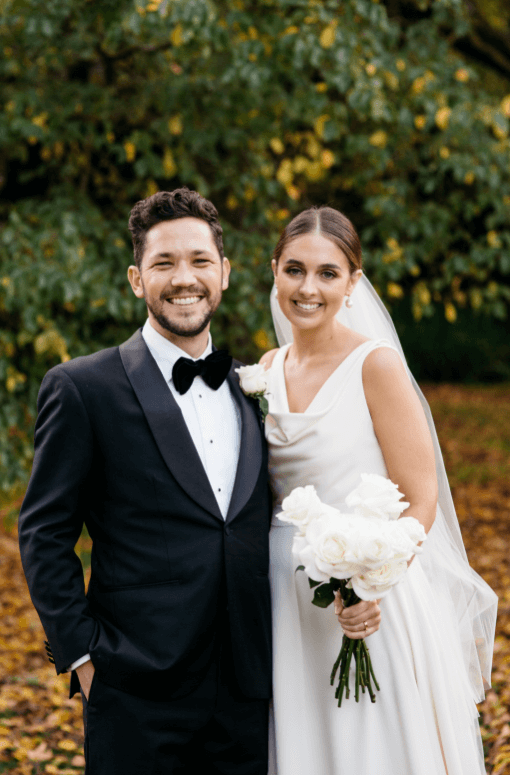 Katie and Dean were the most amazing and stylish couple ever. We met a few  times and I throughly enjoyed every time we got together. It was also a delight to meet Katie’s parents at the wedding rehearsal.

Their love story began around seven years ago. They initially met at an industry event, it was actually a Halloween party. Katie was dressed as a Roman Goddess and Dean thought he would wear a costume no one ever had worn before and he was dressed as the murderer from the movie Scream. Dean says he was stunned that Katie even spoke to him, since he wasn’t dressed in his finest attire. When they did speak he was captivated by her beauty, he eyes and the fact that she was not taller than him.   Katie thought he was funny, kind, quick witted and intriguing. The day after the party Katie received an out-of-the-blue email at work, it was from Dean. Within seconds all of the girls in the office were huddled around Katie’s desk. Analysing his brief but clearly flirtatious email. From there they kept up the occasional email banter, and eventually they would both spend Easter weekend in Sorrento. Dean invited Katie for a drink and this was the start of their love story.

Their wedding took place at one of my all time favourite venues, Coombe of the Yarra Valley. It is such a stunning place to get married at.

Katie looked amazing and her makeup was done by Karen Burton. Her hair was done by  Dianne Robertson

Dean looked dapper in his suit by Oscar Hunt, then groomsmen were dressed by Institchu

The White Tree had a big involvement with this wedding. They did the photography, videography as well as the entertainment.

It was a beautiful, warm May day. They were so blessed with the weather.

Below are a few beautiful photos taken by the talented White Tree. 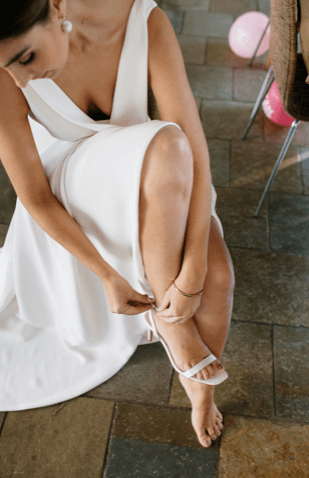 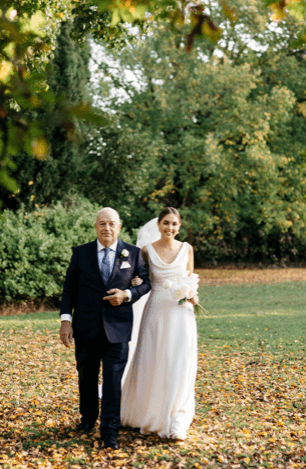 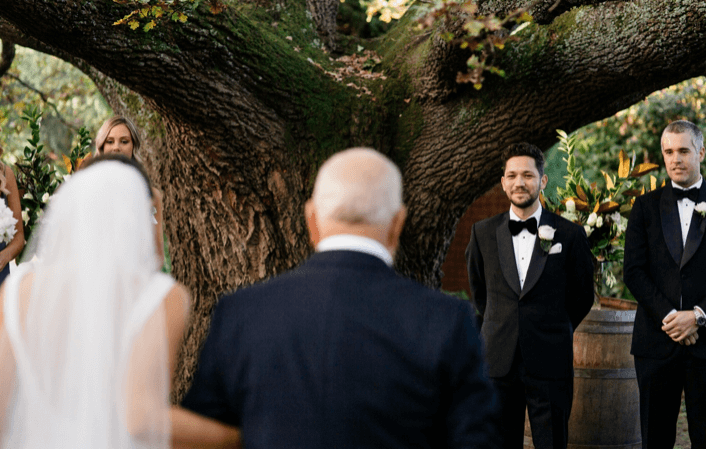 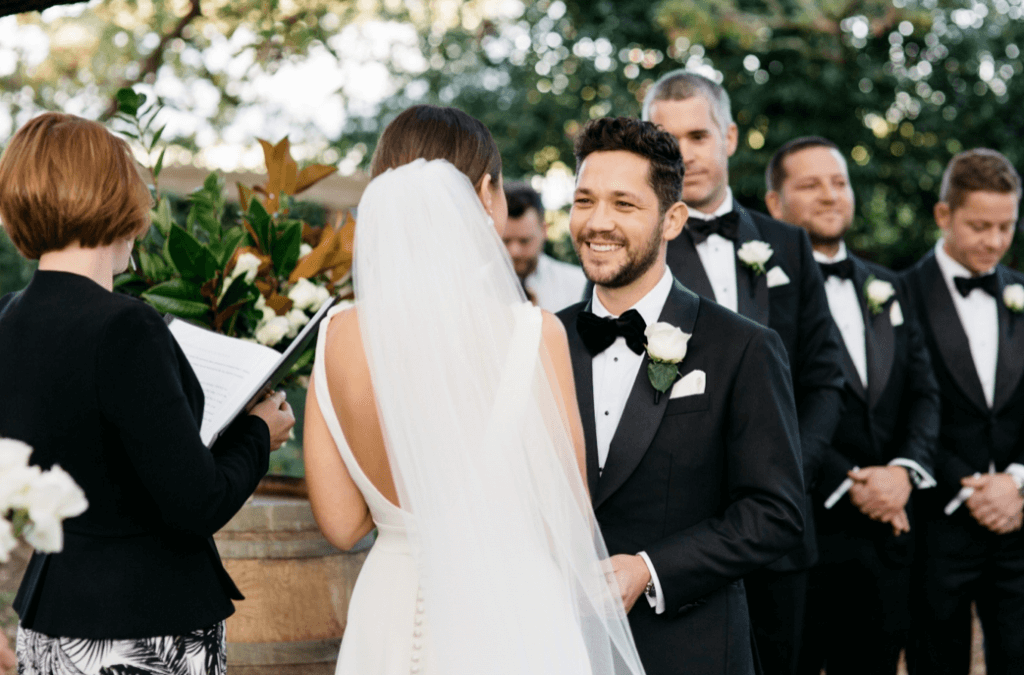 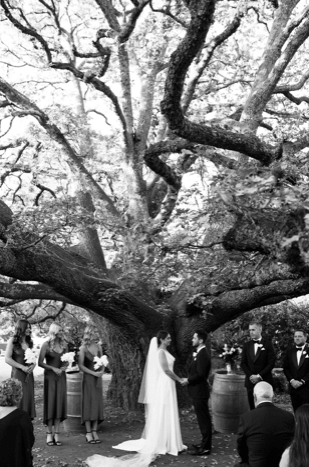 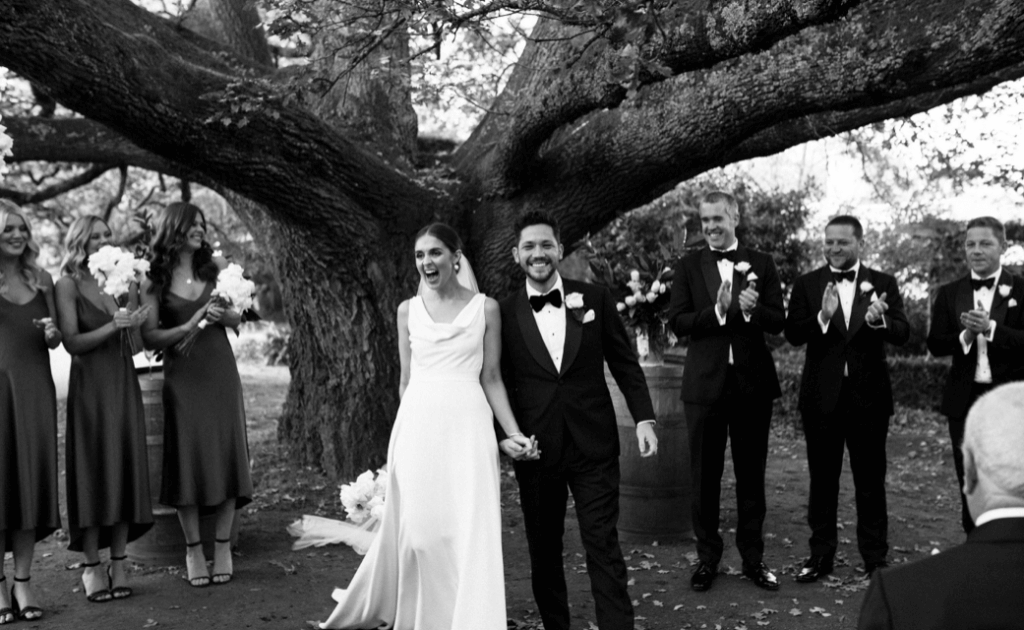 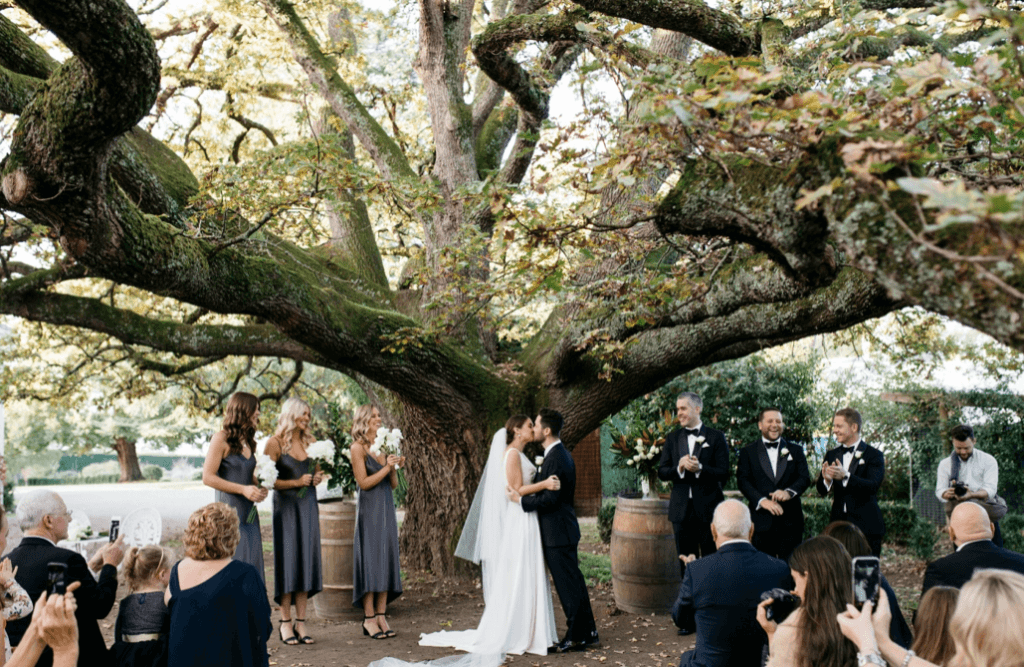 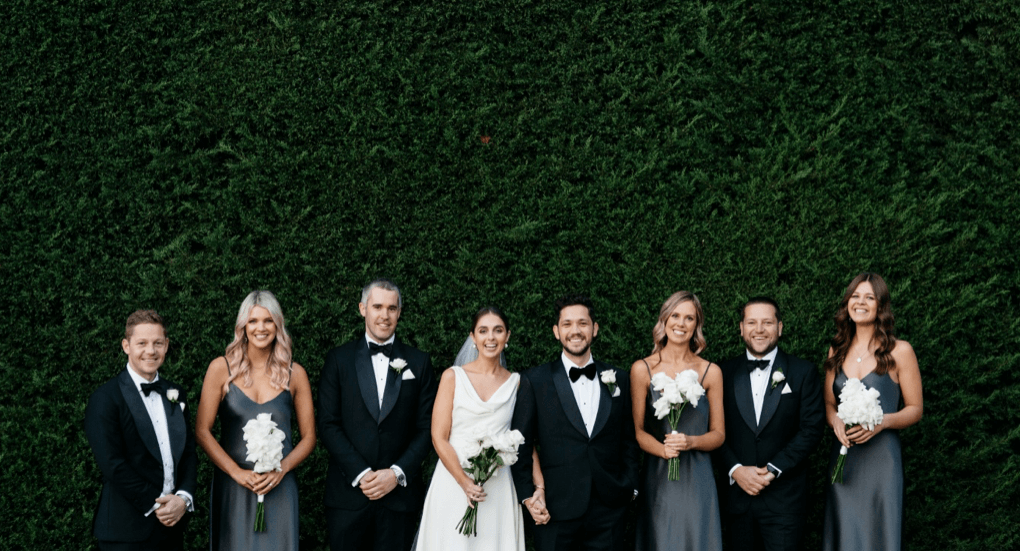